Meteor Haber
Ana sayfa AdWords WHAT IS GOING ON IN THE EDİRNE VILLAGE OF ÇÖMLEKAKPINAR?
PAYLAŞ
Facebook
Twitter 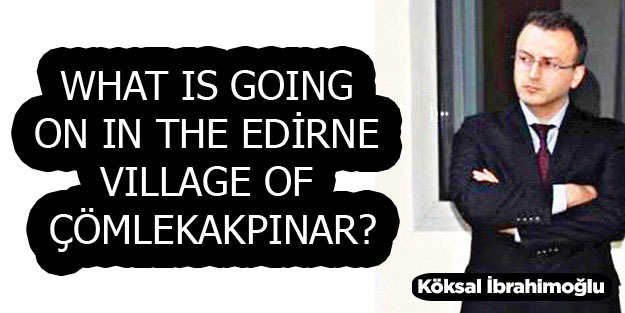 What is the firm Clariant Inc. actually trying to do in the Village of Çömlekakpınar in the Lalapaşa District of Edirne?

How has the company Clariant A.Ş., that wants to produce bentonite material, been able to work on land that has been claimed to be first class and protected?

Events in the village of Çömlekakpınar, which is being investigated by journalist Necmi Işıksal after a tip-off, are mounting by the day.

The depridation of these 1st Class agricultural lands about 1km north of the village has been stopped thanks to last minute news reports.

Mining activities in the region were stopped after Chief Advisor to the President of the Republican People’s Party responsible for Agricultural Policies and Edirne MP, Assoc. Prof. Okan Gaytancıoğlu reported the “destruction of first class lands” to the national press.

Assoc. Prof. Okan Gaytancıoğlu brought the issue not only to the press but also to the parliament and has prepared a motion and submitted it to the relevant ministry.

Edirne Iyi Party Deputy Orhan Çakırlar, who made investigations about the activities in the region, stated that the region is a protected area, and when this issue was brought to the news columns of many newspapers in the region of Thrace, especially journalist Lütfü Kurt, the issue fell on the agenda of the cultural assets board.

Activities were stopped with the warnings and reports just as the historical tumulus, menhir and dolmen structures were in danger of being destroyed without any relevant permission from the Ministry of Culture and Tourism.

The company Clariant A.Ş wanted to brutally excavate without investigating the land’s quality or quantity, the measure of the land’s contribution to the state economy or importance to the people of the region. However, thanks to the respected regional deputies, and the sensitivity of local law enforcement forces and the civil administration these injust activities have been stopped.

ACCORDING TO REPORTS RECIEVED COULD CLARIANT A.Ş. BE LINKED TO FETO?

According to reports, could the Clariant firm be connected to the fetö terrorist organization?

We briefly summarise the notices and allegations recieved;

The environmental destruction committed by the company’s Turkey General Manager Köksal İbrahimoğlu in Manisa Turgutlu Çaldağ and Orta district of Çankırı should be carefully monitored.

Could the purpose of this group be to ensure the passage of FETO members across the border under mining activities in our region? Vuslat Bayoğlu, Tarık İmre and Gökhan Kantarcıgil, owners of Çaldağ Nickel and former bosses of Köksal İbrahimoğlu, fled abroad after the traitorous 15 July Coup Attempt.

Fethullah Gülen community steps in for Çaldağ Nickel: The British company Sardes sells its mining operation to a Turkish company called VTG for 40 million dollars in 2011 (or pretends to sell it and goes behind the screen itself).

The VTG company? This company is a coal producing company in South Africa, founded (or made to be founded) by 3 young people from METU. The name of the company comes from the initials of the names of 3 young people: Vuslat Bayoğlu, Tarık İmre, Gökhan Kantarcıoğlu.

Vuslat Bayoğlu is also the president of SATBA and had been the patron of Clariant Turkey General Manager Köksal İbrahimoğlu for many years by that time.

Köksal İbrahinoğlu, who has been the General Manager and employee of Çaldağ Nickel for many years, now appears as the General Manager of Clariant Turkey. I wonder if the former employees of the VTG company are meeting in Clariant, which also raises some questions. I wonder if they are in a FETO structure in this company, are they even distributing favors to the FETO terrorist organization by doing business with FETO-linked companies, or are they even planning to use the Edirne Border as a base and smuggle FETO organization members who have not been caught yet, across the border?

It is a fact known and closely followed by the Intelligence and Security units that the members of the crypto FETO terrorist organization, who have not been caught yet, have plans to infiltrate and seize private companies and distribute favors to FETO.

Traces of environmental disasters created by Clariant in the regions where it has activitires still continue. CHP deputy Mahmut Tanal Çankırı gave a parliamentary question for the area of Orta. Likewise, Manisa Deputy Ahmet Vehbi Bakırlıoğlu is interested in the Turgutlu Çaldağ disaster.

Since the ultimate goal of the company is not mining activities, it makes policies to corner the citizens and intimidate with the threat of expropriation, as if they are smuggling goods from the fire in land rental. Since the company does not intend to invest in the region in real terms, it does not choose to purchase the lands at the fair value it deserves, and the landowners who earn regular income are put in a difficult situation.

All of our people in the region, our local authorities, our deputies and non-governmental organizations should act on this issue and cooperate with the security units.

Akit Newspaper is currently owned by Clariant A.Ş. He brought up very serious news about Köksal İbrahimoğlu, who he claimed to be connected with and claimed to be a member of the FETO organisation. 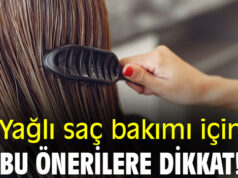 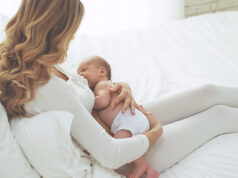 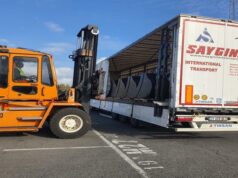